Before we get started today, just to let you know that the November issue of Global Defense Technology is out, including news on the army's contribution to the Bloodhound supersonic car and a piece about quantity vs quality, focusing on Royal Navy ships. Click here for the link.

The main subject though is related to a post over at Think Defence on the subject of Sacred Cows ahead of the 2015 SDSR. The thrust of the article, surprise, surprise, was what are the sacred cows of defence and what do we do about them with almost inevitable budget cuts looming on the horizon?

I would probably answer by saying that pretty much everything in defence right now is a sacred cow, largely because the armed forces are so small. Just try proffering up the possibility of reducing the Royal Marines for example, and/or rolling their training into line with the army's infantry training at Catterick, but with a sort of Royal Marines version of the Parachute Regiments P Company. The responses can be quite fierce.

And there really isn't anything you can think of in the armed forces that doesn't have a backer of one form or another, ready to fight their corner tooth and nail. Because the forces are so small, further cuts anywhere begin to make the military look very thin indeed. As things stand the UK is headed towards having just five front line Typhoon squadrons, with two additional squadrons of F-35 on the way (fingers crossed), leaving the UK with just seven front line combat aircraft squadrons in 2020. Given how hard the front line units have been worked over the years that is already looking like a tight squeeze.

Now I wrote recently on this subject in a post entitled "More Cuts?", but in light of Think Defence's challenge on sacred cows I thought I'd go back and tackle again the one really sacred of sacred cows; the army.

For me the army is the truly decisive arm, the one that goes in and finishes the job. It's been this way for a very long time and will continue to be so for a very long time still I suspect. But in the face of what seems to be practically guaranteed additional cuts to defence, cuts that have to also make room for things like the deterrent replacement and a new Maritime Patrol Aircraft, the army also has the broadest shoulders to bear the weight of any future cuts.

It's annoying. It's frustrating. But it's also true.

The political will to support the armed forces collapsed almost as soon as the second world war had finished and ever since politicians have been looking to reap the "peace dividend" with ever more voracious glee. And with the governments deficit reduction strategy basically in tatters and a slowing European economy, the government has admitted more money needs to be found. Some of that will be found from the armed forces, you can practically bet your house on it.

And I just can't see anyone other than the army having the room to make those cuts without biting too deeply into their core, everyday capabilities, not least because this government has already set the trend for using aircraft and ships to contribute to international missions without having to put "boots on the ground" (at least officially) and risk the backlash that would result from casualties.

So what cuts to make?

Although I put forward one proposal just purely touching on the 3rd Division in the "More Cuts?" post, that was more of a quick comment. Thinking about it a little more deeply and somewhat more practically, and in keeping with the spirit of culling sacred cows, here is what I came up with.

One of Think Defence's favourite axioms is that of retaining a hard core to work from, the tip of the spear so to speak. With that in mind, and given that the most challenging task that can be asked of the army is to go head to head with a peer enemy (almost certainly as part of an alliance or coalition of some form) I think there is room to actually expand the armoured side of the army.

What I'm thinking is this; carving up the assets to form two armoured divisions. Each one gets an armoured recce unit, two regiments of Challenger tanks, three armoured infantry battalions, and two Heavy Protected Mobility battalions. That means converting one of the cavalry units back over to Challenger and also grabbing a spare infantry battalion from elsewhere to convert to the Heavy Protected Mobility role, but that should be fairly simple to achieve.

The end result is the solid core of the army, two armoured divisions that can alternate between training and readiness, much like the two parachute battalions in 16 Air Assault Brigade are asked to do. With proper vehicle management it shouldn't be necessary to keep two whole divisions worth of vehicles on hand, but rather a pool of assets for everyone to dip into as needed.

And not that it's a huge deal, but we're here so might as well bring it up, I'd proffer up the old 7th Armoured Division (Desert Rats) for the name of one of the divisions. Considering the army is an organisation that is institutionally wed to famous names and famous histories, it's always made me wonder why the title "7th Armoured Division" was never protected more vigorously, not least because it's one of the few unit names that a good chunk of the population can actually remember.

That now leaves us with 3 spare cavalry units, 16 Air Assault Brigade, and the entire adaptable force (1st Division) of infantry to deal with (minus the battalion we pinched above, which comes to 19). Starting with 16 Air Assault Brigade, to me it makes sense to put them together with 3 Commando Brigade, Royal Marines, to make a Joint Rapid Reaction Division. The only real change I'd make is to put two line infantry battalions in with 16AAB to beef it up a little. Attach one of the spare recce units to the division (make it parachute capable) and we're almost done.

We now have two spare cavalry units and 17 infantry battalions. And it's here that we really start to get into the slaughter.

Two of the infantry battalions are the Gurkhas, with one battalion stationed on rotation in Brunei acting as the acclimatised Far East reserve. But Brunei has become something of a political hot potato lately with the switch to Sharia law. Many are calling on the Prime Minister to reconsider the UK's relationship with the Sultanate, and part of that could involve withdrawing the Brunei garrison.

The Gurkhas themselves have also come in for criticism, partly from those in the UK who begrudge the Gurkha regiments being maintained when domestic units have been cut back, but mainly from the Nepalese government itself which plans in the future to introduce a bill that would ban the recruitment of its citizens into foreign armies. All in all the time would seem right to take pre-emptive action on that front, as well as sending a message to the Sultan of Brunei by wrapping up the use of Gurkhas in the British army and withdrawing from the Brunei committment.

Two down, leaves us with 15 battalions. Well, actually it only leaves 11, because two are tied down in Cyprus and two are tied to public duties. Which makes me wonder whether the Ceremonial duties could better be covered by a permanent, over strength company that draws from all the guards battalions, and that the two battalions otherwise tied to this role could be used more actively?

And it also brings into question the deployment of UK forces to Cyprus, specifically whether we need two infantry battalions permanently based there. The Cypriot government continues to make noises about the British presence and it does seem that an opportunity would exist for scaling back the deployment, using the airbase as the home for a much smaller force. The actual UN peacekeeping rouletment aspect to the deployment is not covered by the two infantry battalions, and that element could easily be backed up (i.e. in addition to) by deploying a squadron of the RAF Regiment to the base on rotation (guarding an active airfield on what is essentially foreign soil is sort of the prime reason for the existence of the RAF Regiment *cough* Falklands).

Doing the above would allow the reduction of four battalions, though I suspect the guards would survive and two other lot of poor buggers would face the chop. That brings us down to 11. Out of this I'd suggest we could pull eight battalions together to form a Light Division, with one of the two spare cavalry units attached to provide their recce element. This becomes the "other tasks" division for the most part, dealing with things like forward engagement, as well as providing a reserve of infantry for contingent tasks as needed. This division would probably be almost completely mounted in Foxhound.

That means that in total 9 battalions plus one cavalry regiment would face the axe, as well as many of their reserve counterparts and some elements of the support units such as logistics that would be downsized to match the reduced force size. Given the savings in raw salaries and pensions, entitlements, basing, training and the like, that alone would save the MoD a massive chunk of cash and potentially spare the other two services further pain.

That may seem like it's unfair or even heresy, but that's precisely what culling sacred cows is all about. The reality is that money is only getting tighter and the army has the most wiggle room to absorb cuts. If you look back at it that still leaves an impressive force, with two armoured divisions and two light divisions, from which brigade sized forces could be extracted if needed, which certainly compares favourably with most of our NATO allies, even the ones you normally associate with being land powers.

Would we all prefer it if no cuts had to be made? Absolutely. But that increasingly looks like nothing more than a hope and a prayer. The RAF and Royal Navy are already pressed to the limit in operational terms, run ragged as politicians look for less risky means of contributing to international operations. I'm afraid that leaves the army standing before the axe man alone.
Posted by Chris at 9:54 pm 7 comments:

They shall grow not old, as we that are left grow old:
Age shall not weary them, nor the years condemn.
At the going down of the sun and in the morning,
We will remember them.

They mingle not with their laughing comrades again;
They sit no more at familiar tables of home;
They have no lot in our labour of the day-time;
They sleep beyond England's foam

We will remember them. 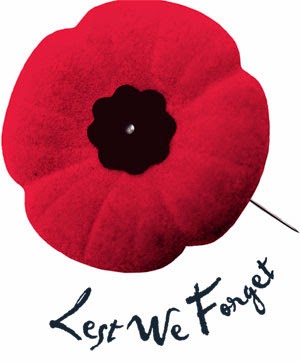 "Many improvements have been made by the ingenuity of the makers of the machines, when to make them became the business of a peculiar trade; and some by that of those who are called philosophers or men of speculation, whose trade it is, not to do any thing, but to observe every thing; and who, upon that account, are often capable of combining together the powers of the most distant and dissimilar objects" - Adam Smith, 'An inquiry into nature and causes of the Wealth of Nations' (1776)

If you want to contact me about anything on the site, leave feedback or submit an article suggestion/guest article, then you can reach me on my shiny new e-mail;

(Hat tip to TD for coming up with the blog title)